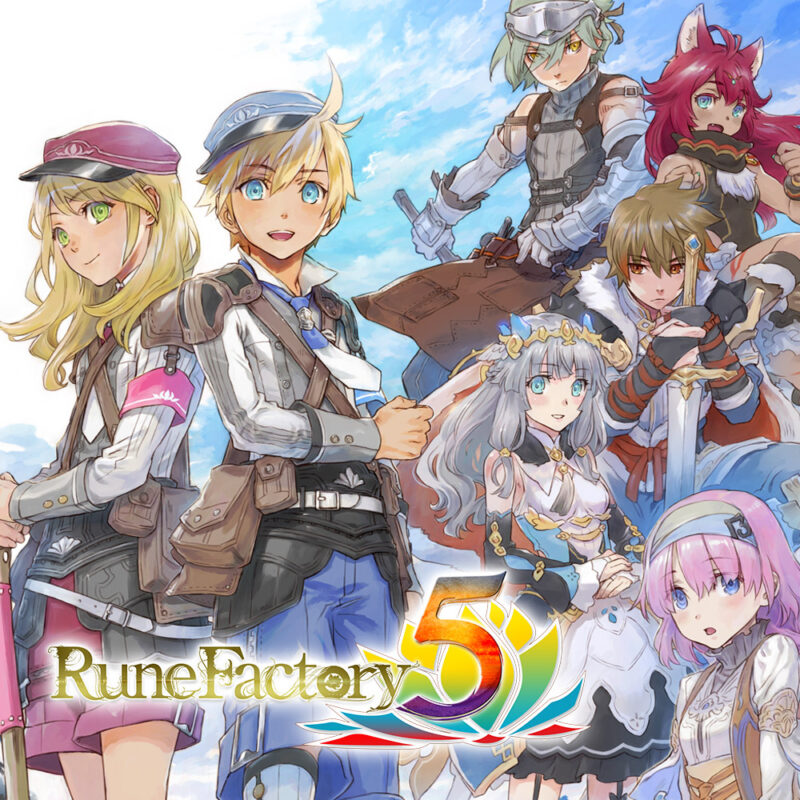 There are very few series that have the appeal of Rune Factory, with its blend of a farming sim and action RPG gameplay. The series has soared over the years, as with Rune Factory 4 Special, which was a high point for the franchise and a truly amazing game. Now a fifth mainline entry has arrived, and how now received a welcome port to PC. Most of what we said before about the game is still accurate so we present the review with updates to cover what has changed.

Rune Factory 5 starts out by choosing a male or female protagonist who, per series tradition, becomes an amnesiac very quickly.  The amnesia angle is a bit different here, however, as the game makes it more of a plot point later on in an interesting way. But regardless, the start of the game should provide a familiar welcome to long-time fans. 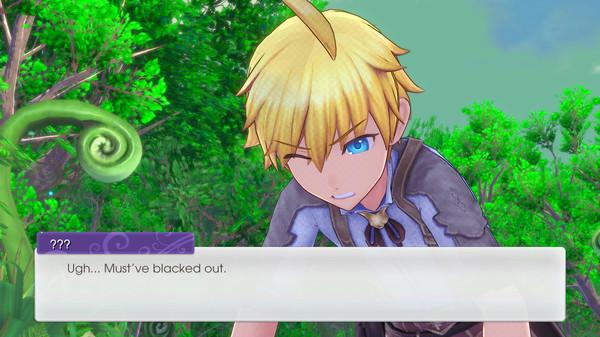 Rune Factory 5 returns to full 3D gameplay, which may cause those used to Rune Factory 4 Special to need a bit of time to adjust. Rune Factory 5 makes things simple, however, and from the moment you take control of your farm, the mechanics will seem familiar and right. Combat, however, may take a bit more time to adjust to, but compared to how it ran on Switch, this will not be a hard task.

As the game begins, you are recruited into SEED, an organization that emerged following the events of Rune Factory 4 Special. You are charged with protecting the town’s citizens and maintaining a farm, both of which mix perfectly together. Classic Rune Factory-style gameplay ensues, as you will get to know the various characters and do quests for them while fighting monsters and advancing the main story.

Quests are handled a bit differently here than in the previous entry, as you can now take more than three per day, though you can only have a few that are active at a given time. This is a welcome addition and makes progression in the game a lot smoother. In general, Rune Factory 5 makes progression feel simpler by removing a lot of the cumbersome aspects from previous entries in order to have a more streamlined experience.

One interesting change is how advancing in the main story will affect how your farm and how you gain more farmland. Clearing some dungeons will give you access to the Farm Dragons, enormous dragons with farmland on their backs. These farms have a better yield and are where you will have your monster barns when you are ready to build them. 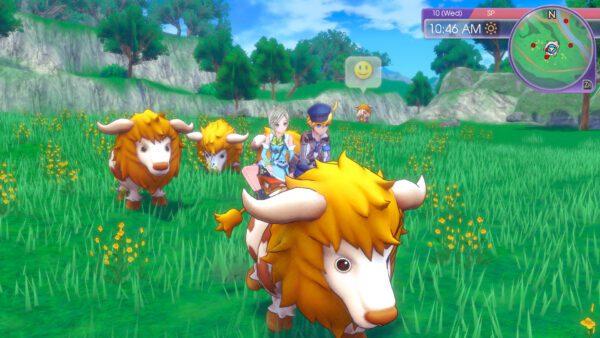 Speaking of monster barns, recruiting monsters works the same way as in previous entries, but like other aspects such as quests, Rune Factory 5 makes the process more streamlined by removing aspects of monster collecting that were cumbersome before, while introducing new ones. A new aspect brought in is the sealing mechanic that allows you to temporarily turn a monster to your side but is far more important for the SEED missions.

SEED missions will see you be given quests to catch various monsters, sending you out to multiple areas, and allowing you to rise in rank after success. Rising in rank will affect the crests you are given, and the crests will allow multiple abilities, such as seeing invisible chests, getting access to areas you couldn’t before, and so on.  It is a unique aspect of the game, and there is no pressure to do it, although the rewards are a good incentive.

Crafting, forging, cooking and chemistry all make a return, as do the various loaves of bread that give new recipes, but what feels different in the nature of the town you are in. The townspeople have a different feel to them than what was encountered in Rune Factory 4 Special, and that is both a good and bad thing. Some characters do not feel as well developed, but some stand out as being far better and more fleshed out here.  The town of Rigbarth feels livelier for lack of a better word, and the addition of a new race called the were-animals to the main cast feels welcome as it expands the lore of the franchise more.

As per series tradition, there are townspeople whom you can romance and marry, but this time there is a new feature here. Rune Factory 5 introduces a same-sex romance option that was long desired by fans, and it feels completely at home here. Players can romance any of the bachelors or bachelorettes, and children are even factored in, in a way that will not be spoiled here.

But it is not all farming and dealing with the townspeople, as there is a large world of monsters to explore and adventure in. This is one area where Rune Factory 5 falls a bit short, as the open world feels a little too open at times, and it runs into the same problem as other open-world games with players not being sure where to go. There is of course a map to refer to, but there are some things the game does not tell you, and you need to figure them out on your own. 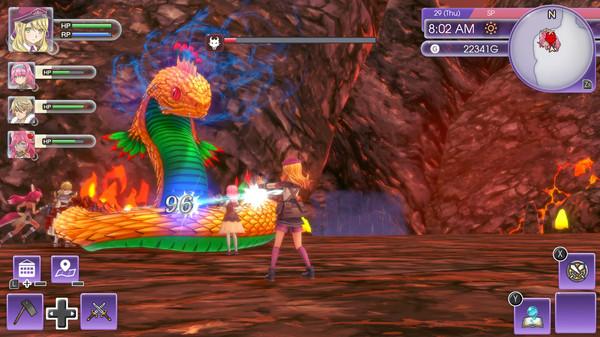 The L-Pocket has been reworked to give you full control of the inventory, and teleportation now has you select the direct area you wish to go to. Combat lets you lock onto enemies and immediately shift to a new target once the enemy is beat, and dungeons are given an interesting new spin, by giving a new reason to return to them after first clearing them. Of course, the actual action is fine and that is an area where Rune Factory will always stand out.

Combat just feels right in Rune Factory 5, even when going up against tough enemies, especially when you find the weapon style and rune magic that work perfectly for you. There is a good story also that makes the quests more meaningful, and it seems time was taken to ensure players would feel more of a connection this time around. Of course, if you just want to spend some time fishing and lounging, that is an option also.

One new touch is the dual mechanic that comes into play with various features of the town. For instance, Tag-Team fishing will begin a mini-game that can see you get much better fish, and there is also dual cooking as well. Expanding things with points gained for helping others or fighting monsters sees a return as well and is needed in some cases in order to access the dual mechanic.

Now, what makes the game different in the PC release? While the Switch version struggled to run Unity and had issues with framerate and screen tearing, there are no such issues on the PC version. This is an incredibly well-done port that runs at a smooth 60 FPS and has no performance hiccups whatsoever. The game overall seems faster and everything from combat to interactions just functions better with nothing holding it back. There are a number of setting options as well, that truly take advantage of what can be done on PC that could not before. 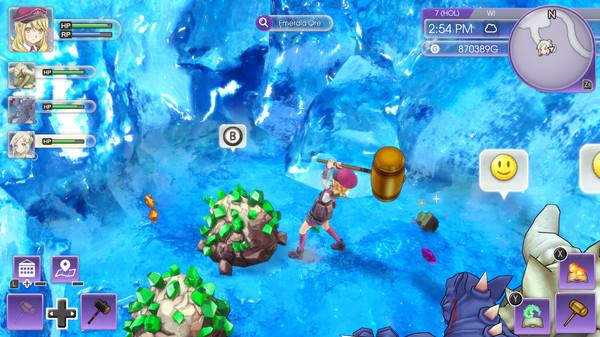 Another bonus is that there is already a modding scene that is present for the PC version and will only continue to grow here with some great ideas  Rune Factory 5 has a beautiful art style that really works to highlight the beauty of the series, combined with an excellent score. The different areas all feel special, and the music for each section just fits perfectly. The only thing that holding back the game visually no longer applies and we can now enjoy the experience as the developers envisioned it in full. is

Rune factory 5 is a game that is easy to recommend because while there are some problems, it excels greatly in what it does right.

Disclaimer: A review key was provided.