Michelin-starred chef Mark Ladner starts rolling out his restaurant (and its gigantic meatballs) this weekend.

In Italian, “enza” means giant. It is no surprise, then, that Michelin-starred chef Mark Ladner put a “meatball gigante” on the menu of Bar Enza, his neo-trattoria about to open inside Harvard Square’s Charles Hotel. What’s more, he’s pretty sure the oversized bar snack is going to become one of his biggest hits.

“I think this is going to be our new 100-layer lasagna,” says Ladner, referring to a dish he was famous for at Del Posto, the NYC fine-dining landmark where he made a name for himself as one of the country’s most acclaimed chefs in Italian cuisine. A little bigger than a baseball, the Bar Enza meatball is made with pork, veal, beef, and sweet and spicy sausages, all bound together by mashed potato instead of breadcrumbs. After the mix is made, Ladner folds in chunks of dry-rubbed brisket and pork shoulder he gets from his Harvard Square neighbor (and former culinary-school classmate) Andy Husbands of the Smoke Shop BBQ. You are right to be drooling. (Oh, and don’t worry—Ladner previously promised that the famous lasagna will make an appearance, too.)

Besides his marquee meatball, singular foods made with local-sourced ingredients will be the name of the game at Bar Enza, opening to the public (with an abbreviated menu) on Saturday, September 25 for one night. The restaurant will open for realsies late in the following week. 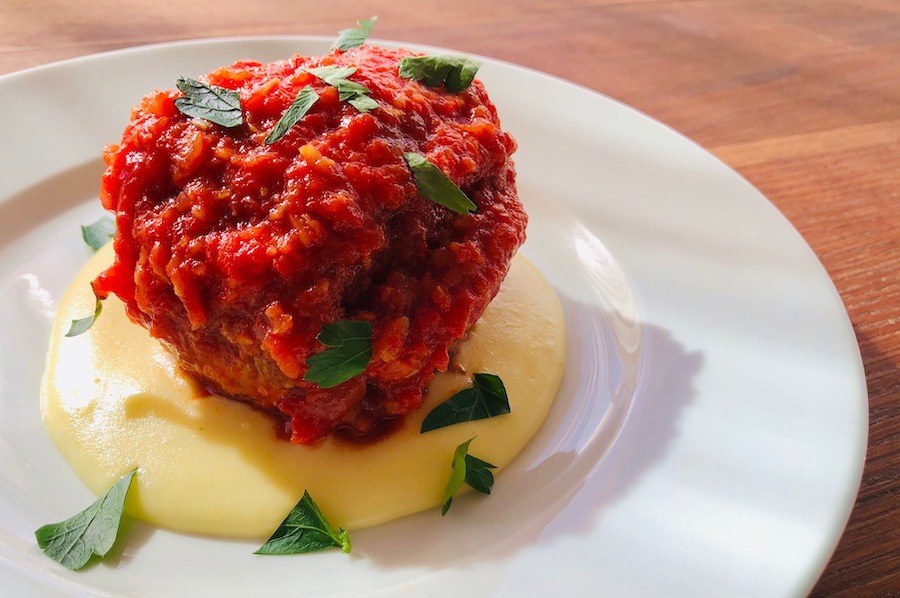 Here’s a peek inside the place, which inhabits a space that previously housed two other Italian restaurants: Benedetto and, before that, Jody Adams’s long-running Rialto. For its part, Bar Enza’s modus operandi will be “casual but elegant,” Ladner says. Reflecting that, the interior is swathed in a sophisticated palette of dusty rose and terracotta tones, from the laidback front bar area to the more formal, steakhouse-style seating at the restaurant’s rear. 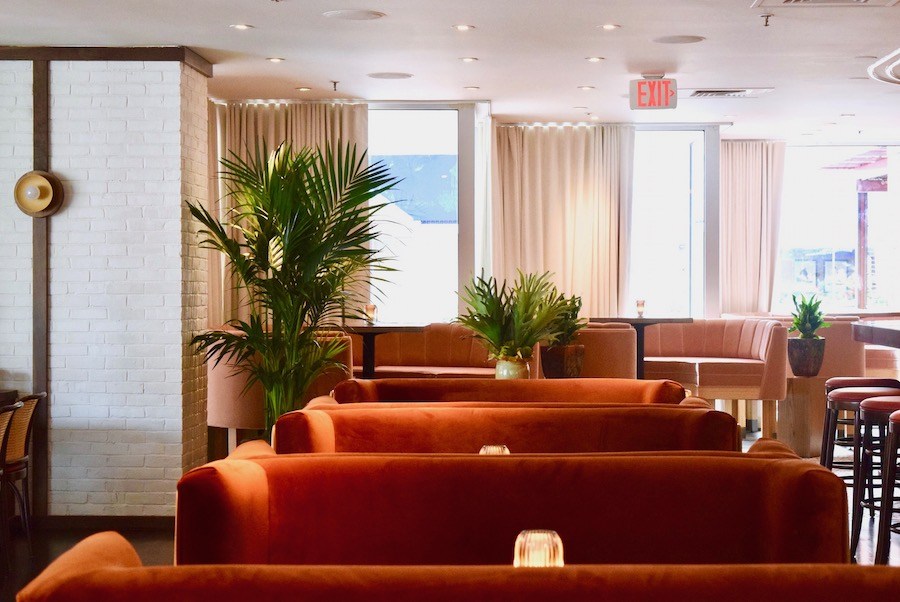 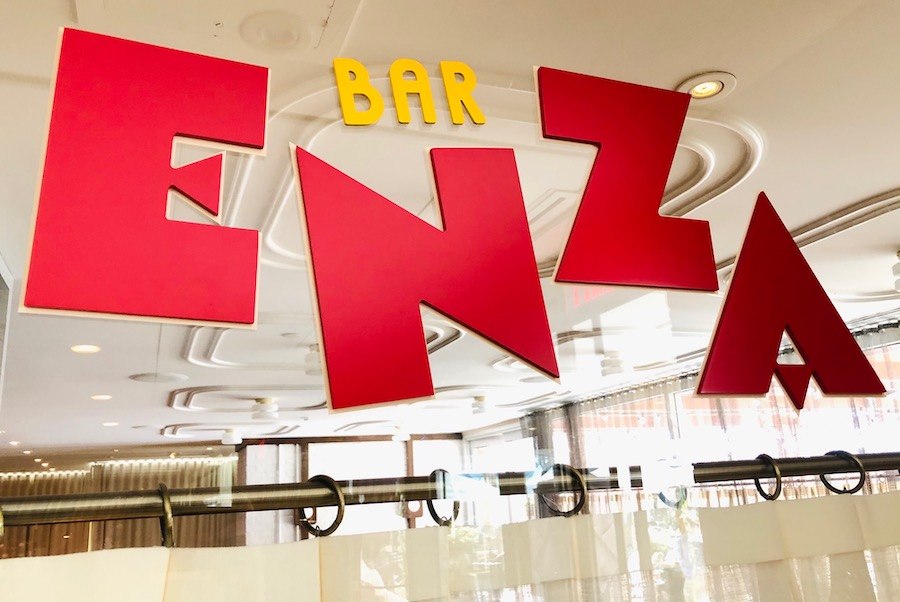 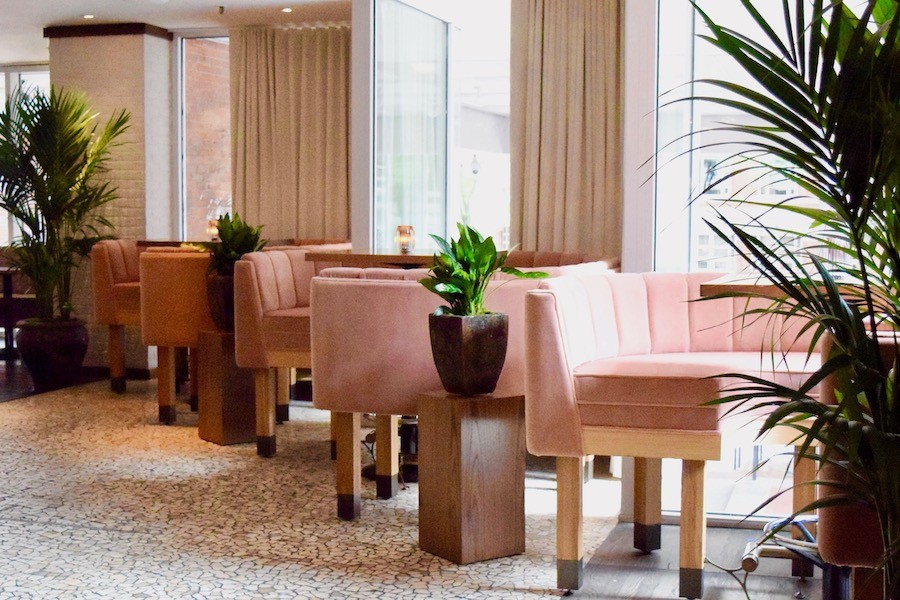 There’s also a patio festooned with ivy, apropos for the university neighborhood where Ladner, a native of Belmont, Mass., had his first cooking job at a pizza place in the ’80s. After taking his talent and earning accolades in NYC, he came back to the Boston area to partner on Bar Enza with restaurateur Patrick Lyons, whose Lyons Group portfolio includes Lydia Shire’s Scampo at the Liberty Hotel, Jasper White’s Summer Shack restaurants, and buzzy Rochambeau in the Back Bay. 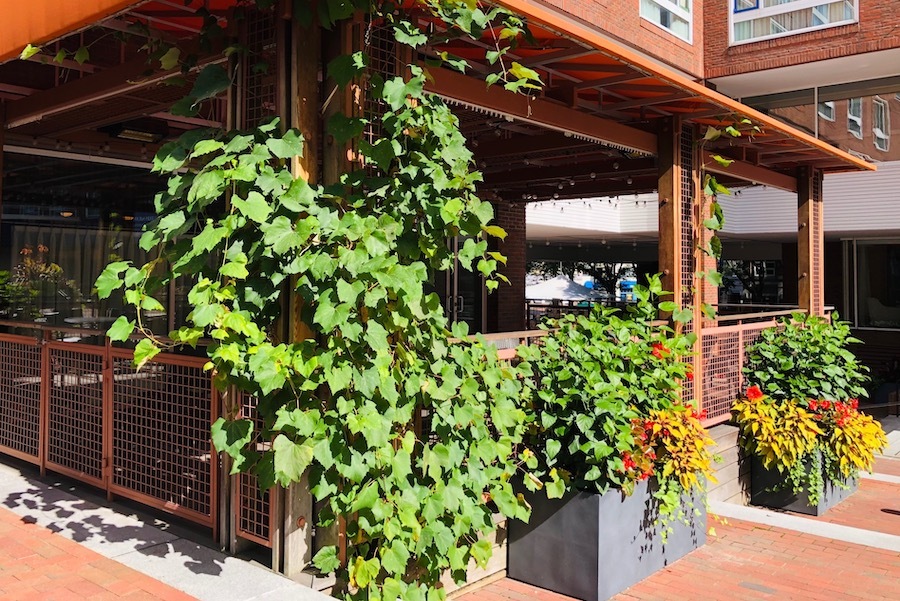 Food-wise, Ladner is looking to source as many ingredients as reasonable from local farms and purveyors. Naturally, that includes plenty of produce from Lexington’s Busa Farm, which sets up its Harvard Square farmer’s market right in front of the Charles Hotel. That said, while the New England seasons will naturally dictate some of the details for his dishes, Ladner doesn’t intend for Bar Enza to be the kind of place that constantly changes its menu—an approach that some restaurants tout as a selling point. After all, he’s spent a lot of time developing his core antipasti, pasta plates (rigatoni with a Tuscan-style ragu, for one) and a la carte steaks served with mild salsa verde, spicy tomato marmalato, and bracing horseradish sauces. He’ll certainly take time to develop new recipes, but they won’t hit the porcelain dining plates until he feels they’re perfect.

“I believe in serving developed and well-practiced food,” Ladner says. “I don’t believe in experimenting on guests.” 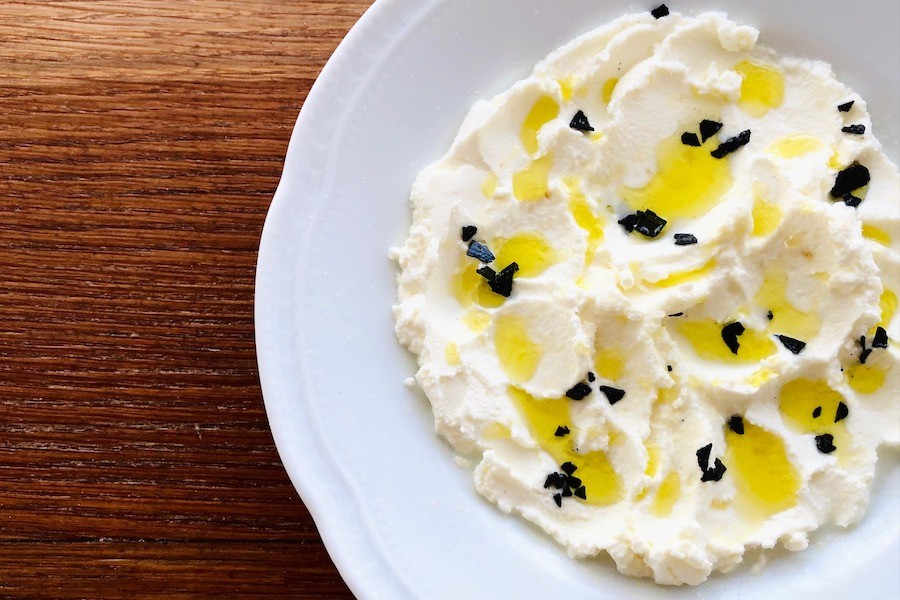 At least one experiment in the kitchen paid off big for diners: Ladner collaborated with legendary Cambridge baker René Becker of Hi-Rise Bread Company to create a crunchy ciabatta stick for cracking and dragging through a creamy accompaniment: whipped mascarpone cheese cratered with pools of intense, peppery Olio Nuovo olive oil, and flecked with lava salt and Sorrento lemon powder. Oh, and that ciabatta stick? It’s 15 inches long. Could be another giant hit.